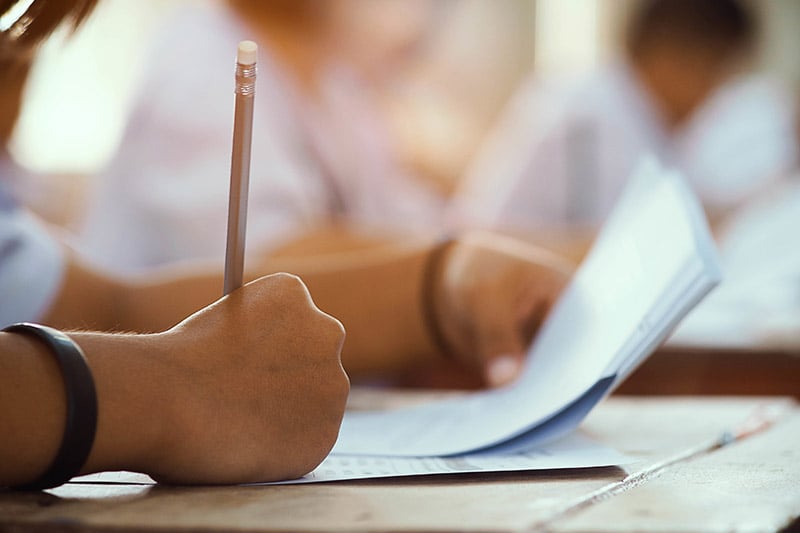 The Empire State officially replaced the New York Bar Exam with the Uniform Bar Exam (UBE) in 2016. As of this writing, New York is one of 35 jurisdictions that have adopted the UBE in place of state-specific examinations.

The UBE is usually held on the last Tuesday and Wednesday of February and July, although the COVID-19 pandemic has changed the schedule for 2020. New York will administer the exam September 9-10, 2020.

The New York State Board of Law Examiners initially announced the application for the September 2020 UBE would run from May 5 to May 30. Anticipating limited testing space, the board has since moved to a "rolling" application period that will prioritize certain students.

Beginning on Tuesday, June 2 at 10:00 A.M. Eastern Time, applications will be accepted from any candidate who graduated with a J.D. degree from an ABA-accredited law school located outside of New York, and who has not previously sat for a bar exam in any U.S. jurisdiction. The application period will close on Friday, June 12 at 10:00 A.M. Eastern Time.

The board also says, "seating cannot be guaranteed to candidates who register during this application period." They're still assessing seating in regards to health and safety guidelines.

We'll keep this post updated as additional information comes in, but for now, you can familiarize yourself with the process of taking the bar exam in New York by reading on.

Test Date: The Uniform Bar Exam is always held on the last Tuesday and Wednesday of February and July.

5 Must-Dos to Practice Law in New York, Besides Passing the Bar

Most of your attention will be centered on the almighty bar exam, especially as you near the test date. To actually practice law in New York, however, you’ll have to complete a few important prerequisites, in addition to earning a passing bar score.

Take care of these requirements prudently to avoid over-stressing about the bar exam itself.

The Multistate Professional Responsibility Exam, on a basic level, tests you on what is considered acceptable and appropriate behavior for an attorney. It seeks to answer the question: Are you ethically fit to practice law?

The MPRE isn’t a particularly difficult exam, when compared to the bar, but it is important.

Here is an example of a typical MPRE question:

Following a jury trial, a judge discharged the jury and thanked them for their service. Later that day, the judge bumped into several jurors who had congregated outside chambers. The judge complimented the jurors for their well-reasoned and just verdict. The jurors asked if the judge knew of any good places for dinner nearby, and the judge recommended several.

Did the conversation with jurors outside chambers comply with the judge's duties under the Model Code of Judicial Conduct?

A. Yes, because the judge did not discuss the merits of the case with the jurors outside chambers.

B. Yes, because a judge may thank jurors for their service.

C. No, because a judge may never communicate with jurors once a case has concluded.

D. No, because a judge may not commend or criticize jurors for their verdict. (Correct)

Consider registering for Pieper Bar Review’s FREE MPRE course to prepare for the exam (as a bonus, the course serves as a preview to Pieper’s Full Bar Review Course). And take practice questions—you can find them for free.

The NYLC is an online, on-demand course that focuses on aspects of New York law that differ from material covered on the UBE. It works in conjunction with the New York Law Exam (see below) to prepare you for practicing law in New York.

Once you complete the NYLC, you’re required to pass the NYLE. The online, open-book test (you can use your notes from the NYLC in addition to course materials supplied by the New York Board of Law Examiners) consists of 50 multiple-choice questions.

In January 2013, the New York State Board of Law Examiners enacted a new rule requiring all candidates seeking admission to the bar to prove that they have completed 50 hours of pro bono work.

5. Complete an Interview with the Committee on Character and Fitness.

Be positive, confident, honest, and trust yourself. And project professionalism.

If you’re currently enrolled in law school in New York, then the switch to the UBE is probably old news. However, if you are an ex-law student plotting a comeback, or perhaps failed the bar in New York prior to July 2016 and are looking to give it another try, this is for you:

The Multistate Performance Test (MPT) assesses your legal problem-solving skills with two case studies (all relevant material is provided). You must complete both in a three-hour period, but how you allocate time is up to you. And that can be tricky.

Only 175 of the 200 questions on the Multistate Bar Exam are graded, although you won’t know which 25 aren’t. The test covers seven subjects over two days: Torts, Civil Procedure, Evidence, Constitutional Law, Real Property, Criminal Law & Procedure, and Contracts.

What Does Bar Exam Test Day in New York Look Like?

The Bar Exam is long—12 hours over two days.

So, prepare yourself physically in addition to mastering the material. Set your alarm for 6:30 a.m. for the two weeks leading up to the exam. (Yes, that means forgoing marathon study sessions that go deep into the night.) And mimic test settings as much as possible as you study—i.e. stay strict on time when completing practice MPTs.

Here’s a breakdown of each day of the UBE:

First up in the morning session are the two MPTs. You can choose which you answer first and how much time you spend on them, though they’re designed to take about 90 minutes each.

You’ll have three hours to complete six essays. You can answer them in any order.

When 5 o’clock hits, breathe, relax, and pat yourself on the back for getting through it.

What Score Do You Need to Pass the Bar in New York?

In New York, a passing score is 266 (out of a possible 400 points). There’s a predetermined marking formula for the MPT and MEE. Those scores are then combined with the MBE score to give you a total, weighted score.

The biggest advantage of the UBE, as opposed to state-specific exams, is the portability of your score. Even if you don’t achieve a passing score in the state where you take the UBE, you can transfer it to another jurisdiction with lower passing requirements.

For example, the passing score in Rhode Island is 276. If an examinee earns a 270 in Rhode Island, they could transfer that score to New York, but would then still need to complete the remaining tasks required to practice law in New York State.

Results are typically released via email around two months after you sit for the exam. In 2019, the February results were released on April 24, while the July results came out October 23.

What Should You Do if You Fail the Bar Exam?

The first step is to gain perspective. Plenty of people fail the bar, including several who went on to have wildly successful careers. Understand you’re not alone.

Then take some time for yourself. You dedicated countless hours to preparing for the UBE, and even though you didn’t pass, you deserve a break.

Decompress, then reassess your study plan:

With the Pieper family's more than 40 years of experience, the most lecture hours of any bar review course, and more than 1,500 pages of outlines, Pieper’s Full Bar Review Course delivers all the substantive law you’ll need to pass the UBE, along with the strategies for mastering multiple-choice questions and maximizing your scores on the MBE, Multistate Essay Examination (MEE) and Multistate Performance Test (MPT). Register Today to begin your journey toward bar exam success!

For more than 40 years, Pieper Bar Review has taught students the legal concepts and skills necessary for success on the bar exam, and reinforced students’ knowledge through thought-provoking examples and bar exam questions. Proof the Pieper teaching method works is found within the success of our former students—now present-day attorneys. Learn more.