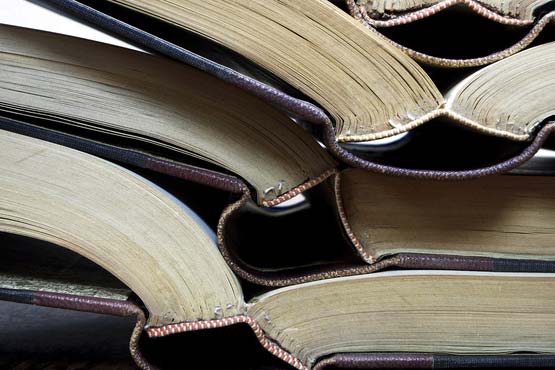 At the urging of several of my current and former students, I write to respectfully weigh in against Chief Judge Jonathan Lippman’s proposal that New York discard its current bar exam in favor of the Uniform Bar Exam (UBE).

As countless members of the New York State Bar will attest, taking the bar exam in New York is an experience one never forgets. We take great pride in the fact that we prepared for, survived, and ultimately conquered the most comprehensive and difficult bar exam in the country. The exam challenged us to pull together everything learned in law school and reconcile it with some of New York’s peculiarities, and it served as an inevitable and essential part of our transition from student to practitioner. Receiving the passing notice and seeing our names in the New York Law Journal was a rite of passage culminating in our inclusion in the roll of New York attorneys. No one, except perhaps ourselves, as the disciplinary committee has occasion to remind, can ever take away our membership in the most recognized and respected bar in the world.

New York law and procedure currently account for 50 percent of the New York bar exam. The other 50 percent is comprised of the Multistate Bar Exam (MBE) and Multistate Performance Test (MPT).

If, as Lippman proposes, New York were to adopt the UBE, 100 percent of the New York bar exam would be based on “generally accepted fundamental legal principles.” New York law and procedure no longer would be tested. The New York Board of Law Examiners (BOLE) would no longer draft any portion of the exam, and, instead, New York would share a standardized exam drafted by the National Conference of Bar Examiners with 14 other states, namely Alabama, Alaska, Arizona, Colorado, Idaho, Minnesota, Missouri, Montana, Nebraska, New Hampshire, North Dakota, Utah, Washington, and Wyoming. A candidate sitting for the UBE, whether in New York or one of the 14 UBE states, would not need to have even heard of the BCL, CPL, CPLR, DRL, EPTL, or GOL to earn a passing score toward admission in New York.

Stripping the bar exam of its local component would do a disservice to newly admitted attorneys, including the foreign-trained attorneys who now account for nearly one-third of bar exam applications in New York and for whom bar exam preparation often is their first opportunity to learn New York law.

and procedure that we as a bar were not just encouraged, but required to know for admission. No matter how concentrated, experienced and specialized one may become, one should have a base knowledge of certain core subjects at one’s disposal along the way. The New York BOLE has labeled this “minimum competency.”

Proponents of the proposal to adopt the UBE will move quickly to correct me by pointing to the proposed New York Law Exam (NYLE). The NYLE is hardly a substitute for a true local bar exam component. Instead, it is a separate one-hour exam, not unlike (though half as long as) the two-hour Multistate Professional Responsibility Exam (MPRE). The NYLE, like the MPRE, can be taken again and again within three years of a passing UBE score until one finally achieves a score of 30 correct out of 50 basic multiple choice questions like “what is the statute of limitations for a negligence claim in New York: (A) 1 year, (B) 2 years, (C) 3 years, or (D) 6 years?”

There will be neither fact patterns to decipher nor analyses to be applied, but rather a bare-bones quiz of memorized rules similar in style to those on the written portion of the New York State driver’s license test.

For those wondering why anyone wishes to see New York adopt the UBE, the answer is not because the current exam has proven unreliable or otherwise flawed; Judge Lippman and the New York BOLE would agree that the current New York bar exam has served us well. Instead, the objective cited by the UBE’s proponents is “portability.” What does “portability” mean? A score on the UBE obtained in any of the jurisdictions that have adopted it may be transported and used to gain admission in any of the other jurisdictions.

So, for example, a candidate may sit for the UBE in Colorado and then use his or her score to gain admission in Iowa. Cut scores, determined by the jurisdiction, range from 260-280 out of a potential 400. The proposed cut score for New York is 266, which means that a candidate could achieve a score sufficient for admission to the New York Bar that would not, for example, qualify him or her for admission to the Alaska or Idaho Bars, which require a score of 280.

To be clear, “portability” does not mean that passing in one jurisdiction automatically qualifies one to forever gain admission to or practice in other member jurisdictions. The ability to transport a UBE score to another participating state expires depending on the rules of each jurisdiction. The expiration dates range between two and five years after one passes the UBE. In addition, the states often, as Judge Lippman proposes with the NYLE, impose additional testing, continuing legal education courses, and other impediments to portability. All impose UBE transfer fees ranging from $400 to $1,240.

Moreover, no current UBE jurisdiction is nearly as attractive from a legal standpoint as New York, and, geographically, only two UBE jurisdictions, New Hampshire and Alabama, are east of the Mississippi River.

Objectively, portability out of New York simply is not as attractive as portability into the legal capital of the world. Even if, as Judge Lippman suspects, closer and larger states follow New York’s lead, I submit that the number of candidates taking the New York bar exam with the hope and desire to practice in another state is insignificant.

Most law students I encounter in the five law schools in which I teach attend a law school in New York because they desire to practice exclusively in New York. The same is true for the bar exam candidates I meet. Moreover, very few of the attorneys I have encountered actively practice in multiple jurisdictions, even when they are admitted in more than one. As stated by Susan M. Case, Ph.D., as director of Testing for the National Conference of Bar Examiners, in the February 2010 issue of The Bar Examiner, “The Uniform Bar Examination: What’s in It for Me?”: “An examinee who takes the bar exam in a jurisdiction, works exclusively in that jurisdiction, and never moves from that jurisdiction probably will not realize a particular benefit from the UBE.” So who benefits? “[T]he transportability of the UBE score is a significant advantage to an examinee who fails to get the job he or she intends and has to move to another jurisdiction to find work, or one who ends up working for a firm that has clients in multiple jurisdictions.” Id.

I simply do not appreciate the “significant advantage” to newly admitted New York attorneys in their being able to leave New York in their first few years in search of legal employment opportunities elsewhere.

For those truly interested in multi-jurisdictional practice, other avenues exist. For example, one could simply take the bar exam of another jurisdiction to be admitted in that jurisdiction, which, regardless of whether the UBE is adopted, is precisely what will continue to be required of a current member of the New York Bar. Alternatively, one could simultaneously sit for the bar exam in New Jersey or Massachusetts while taking the New York exam. Reciprocity also exists between New York and many states by which seasoned lawyers may waive into New York from those states, and vice versa, and avoid altogether taking another bar exam.

Judge Lippman proposes to adopt the UBE for the July 2015 bar exam. While he announced the proposal in the New York Law Journal on Oct. 7, 2014, few details were given and even fewer are known to law students and practitioners. The proposal is open for comment to UniformBarExam@nycourts.gov only until this Friday, Nov. 7, 2014. The chief judge has stated that he intends to go forward immediately absent strong opposition. I urge every member of the bar to read the proposal, ask questions, and make comments so that this critical and drastic change to admission to our bar does not slip through without informed consideration and due attention.

The current bar exam and I are old friends, and I think it would be a mistake to let it go.

My strong belief is that if my fellow members of the New York Bar knew more about and had time to reflect upon the UBE proposal, they would feel the same way.